H&M Stockland, Townsville
The addition of the new H&M fashion store was a welcome change to the Stockland shopping centre in Townsville.

Initially, DMA Engineers was engaged to carry out a site investigation and review of the existing mechanical and electrical services at the Stockland Townsville Shopping Centre, including providing preliminary advice on the feasibility of converting several existing tenancies to a single large tenancy to serve a new H&M store. The proposed tenancy also included a new mezzanine level which was to be located above the retail space and used for storage purposes only. Following our initial investigation, we were engaged by Stockland to provide a detailed fire systems design that complied with the most recent Australian standards, in addition to designing a full hydraulic, mechanical and electrical solution for the project.

The client, Stockland, initially required a feasibility and impact study to be performed on a proposed tenancy redevelopment to ensure that the full scope of the proposal was known. The aim was to introduce a large-scale tenancy for a key client in the place of several smaller tenancies, as well as create a complimentary large storage mezzanine area in the location of an existing air conditioning plant; therefore, this development required careful planning to ensure a well-integrated, efficient solution.

Our team conducted a site inspection of the proposed development location, which informed a feasibility report that considered existing and future mechanical and electrical services. Through careful consideration of the air conditioning, electrical supply, lighting, and communications services, a complete feasibility report was generated that could be used to aid targeted scope development and project planning.

By approaching the project with a thorough understanding of the key requirements, Stockland could approach the implementation in a structured fashion; this saved time and money by focusing development efforts on key issues, such as air handling and cooling water plant relocation and supply areas.

Detailed Design of a Coordinated, Practical and Effective solution

With the initial investigation of the site complete, we could effectively produce a detailed design solution for the new H&M tenancy fit out. It was critical that the impact of all services on the aesthetics of the tenancy were to be minimised. We documented the full removal of existing equipment as well as the design of an elegant system that met all client needs. The benefit Stockland received by engaging our team for all services was that design coordination was fluid and all intricate interactions between services could be addressed with ease. The final result was a stunning and effective design that demonstrates what creating inner beauty is really about. 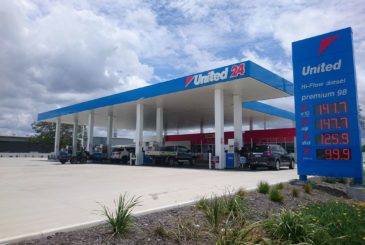 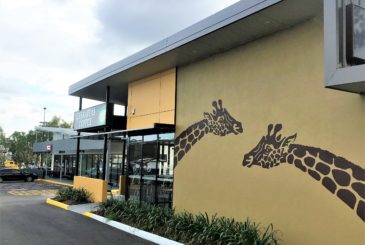