ICC Women’s T20 Cricket World Cup – Stadium Compliance Audit
The ICC Women's T20 World Cup is the biennial championship for women's Twenty20 international cricket. The event is organised by the sport's governing body, the International Cricket Council (ICC), and in 2020 was hosted in cities around Australia from 21 February to 8 March.
Keeping the lights on at the Women's T20 World Cup

As part of preparations for the ICC Women’s T20 Cricket World Cup, the Local Organising Committee (LOC) needed confidence that each of the seven major venues had the appropriate back-up power systems to ensure continuous television coverage in case of a power outage. They also wanted to ensure that players would be able to continue playing, without any break in play, if the electrical supply to the stadium failed.

In January 2020 our client Cricket Australia referred us to the LOC to carry out an electrical infrastructure audit for each of the seven venues: Manuka Oval (ACT), Sydney Cricket Ground (NSW), Sydney Showground Stadium (NSW), The Gabba (QLD), Junction Oval (VIC), Melbourne Cricket Ground (VIC) and the WACA (WA).

The project entailed reviewing the electrical features and validating that the venues would meet the high standards required by the ICC. A particular focus was the opening and closing ceremonies which had additional power demands due to lighting and sound requirements for temporary stages at Sydney Showground Stadium and Melbourne Cricket Ground. The LOC also needed our recommendations and solutions to implementable in a short time frame.

Giving the LOC confidence in their back-up power systems

On 21 February 2020 the opening match took place at the Sydney Showground Stadium. We had successfully completed the audit for that stadium and all recommendations had been implemented. Reviews of the remaining venues were still underway and all were completed in time.

On 8 March 2020 the final (between India and Australia) was played at Melbourne Cricket Ground (MCG) and broadcast to millions of people globally. As a result of our audit the LOC were able to have full confidence in the sophisticated back-up systems that were in place at the MCG for the final, including uninterruptible power supplies for field lighting.

Once DMA Engineers confirmed that the electrical infrastructure at the MCG and ready for the final to be played, Patsy Trethowan (General Manager – Operations and Planning for ICC T20 Wold Cup LOC) wrote to the DMA Engineers  team to say saying, “That is a brilliant outcome and very comforting.” 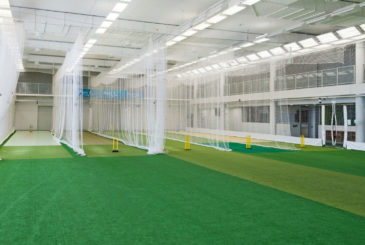 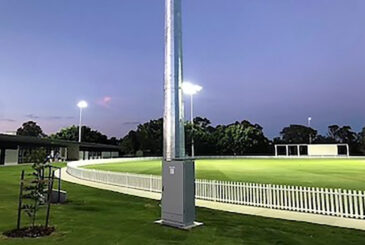