Nerang Nursing Centre
Leading aged care facility provider Clanwilliam was looking to expand their Nerang Nursing Centre to accommodate an extra 34 patient bedrooms, in addition to refurbishing their existing centre. DMA Engineers was engaged to complete the electrical and mechanical services for the project.

This project was completed over two stages, the first stage was the building expansion and the second stage was the refurbishment of the existing facilities.

Stage one involved constructing space for 34 new patient beds, facility communal areas, staff areas and a new hairdresser. There was also a new staff lift to be built and a walkway between the existing site and the new expansion.

Stage two of the project involved demolishing some existing areas within the site and then reconfiguring the rooms. All lights, GPO’s and switches within the site were replaced and a new security system was installed. There was a new nurse call system installed along with new data and TV aerial systems. All the air conditioning and exhausted ventilation units were replaced and upgraded. DMA was responsible for designing and integrating these new systems.

Aged care facilities like the Nerang Nursing Centre provide assisted living to older residents, but also need to be able to provide a high standard of medical care when required. This two-tiered demand needed to be addressed in our design. Large rocker style switches were installed within the bedrooms in the facility. These switches are easily used as they require little strength, fine motor skill or pressure to operate which makes them perfect for an aged care facility. The new luminaires that were installed within the facility were fit for purpose, creating comfortable and warm bedroom lighting and precise examination lights within bathrooms.

The new 34 bedrooms had reverse cycle air conditioners and a thermostat to allow each resident to set their room temperature to suit their comfort. The lift that was installed was multi-purpose, allowing for the transportation of ambulance stretchers along with various laundry and kitchen trolleys.

High quality of life and care

A demand for high quality of life and high quality medical care was the backing principle for this design. Our team ensured every action that we took prioritised the best interests of residents and staff in the facility. Small things like the placing of lights and switches in relation to the room layout were well thought out and fundamental in enhancing the residents’ experience of the new and updated facility. 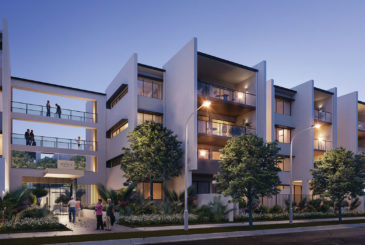 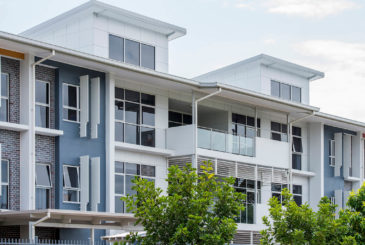