The fire detection and alarm systems in the hospital and the associated residential aged care buildings located at the campus were at their end-of-life and the maintenance of the systems were no longer viable.  As a result, a full fire detection upgrade was required.

Upgrading the fire detection and alarm systems to a networkable, addressable system

Ensuring the safety of patients and their visitors during their stay and the safety of staff working at the hospital was of paramount importance to the client, Metro South Health Services. They identified that their current system was at end-of-life, and a new system needed to be implemented that met all legislative and regulatory requirements. The client also wanted to implement new technology that allowed them to operate the system remotely.

However, it was critical that the existing fire detection and alarm system remained alive while the new system was being installed.

DMA Engineers was engaged to assess the health of the current system, provide advice on the process of upgrading the system, and to produce a detailed design of the fire detection and alarm systems. By providing clear and concise instructions on all changes that needed to be made, the client was able to put greater focus on the health and happiness of staff and patients over the course of the project.

After reviewing the existing system, the hospitals existing and future requirements, and the legislative and regulatory requirements that needed to be met, we proposed that a networked analogue addressable system be installed for both fire detection and alarm systems throughout the hospital. The proposed system guarantees occupant life safety and asset protection of the hospital into the future while also allowing flexible monitoring of the system. The upgrade of the fire detection and alarm system at Redland Hospital also ensures any future changes to the hospital fire system would be made much easier using addressable devices.

Improved accessibility and flexibility of fire detection and alarm systems

The proposed networked fire detection and alarm systems allow the client to monitor and control the system from any fire panel at site so they can remotely communicate with and control the fire systems at other buildings on the campus. It was also proposed that virtual display panels be provided at the engineering building and security office so staff can clearly identify the network status remotely.

Designed and constructed without affecting day to day operations

A key client concern was ensuring they could continue to operate at the existing facility during the build. As a result of working in such close collaboration with Therian and Bedford Built, we were able to design the building services so the existing site could remain operational while the refurbishment was under construction. This ensured Guide Dogs Queensland’s operations weren’t impeded by the refurbishment project, and they were able to continue to deliver their services without incident. By taking existing services into account while completing the refurbishment, we were also able to deliver cost benefits and a reduced construction time. The new capabilities we introduced like the self-replenishing water bowls and multiple wash down connection points will increase efficiencies, saving Guide Dog Queensland staff time, providing them with peace of mind and freeing up resources to focus on the main business – breeding Guide Dogs to help improve the quality of life for many deserving people. 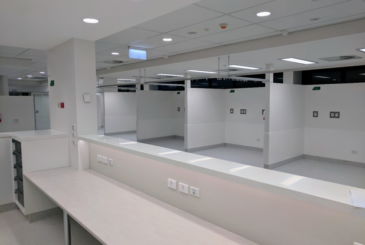 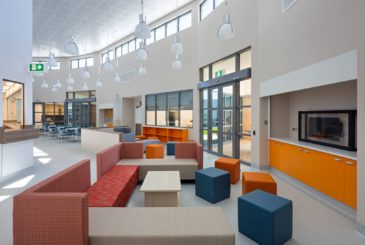