South West Hospital & Health Service – Condition Audits and Electrical Infrastructure Upgrade
South West Hospital and Health Service (SWHHS) was experiencing maintenance difficulties at their remote hospital sites as a result of electrical services being discontinued and no longer complying with current legislation.
Many of their electrical services were reaching their end-of-life and posed ongoing reliability issues. In addition, as increasing technology services in the hospitals needed to be supported, the existing generators had insufficient capacity to provide suitable back-up power.
SWHHS’s desire was to bring the electrical infrastructure at each hospital up to code and equip them with the latest technology.

The audit reports identified that most of the electrical infrastructure needed upgrading. Some critical focus areas that were identified included:

Out with the old, in with the new

As a result of the audit, we identified and prioritised the following items for upgrade:

DMA presented our audit findings to SWHHS in 2017, with the majority of our recommendations being accepted to take forward for planned upgrades throughout 2018. We are currently in the process of implementing these upgrades, with expected completion across all sites in late 2018. Throughout this process we have assisted SWHHS by providing timely responses to issues found on site and have sought to accommodate all requests for revised design documentation when additional scope has been added to the project. 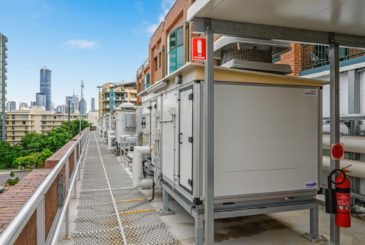