QueensPlaza Development
The landmark Queens Plaza shopping centre is located on the corner of Queen, Edward and Adelaide streets in Brisbane’s CBD and forms the closest entrance to the Queen Street Mall shopping precinct from Brisbane’s busy Central Station.
Creating a Brisbane landmark

From the outset, the client’s vision for the redevelopment of this prime site with Queen, Edward and Adelaide Street frontages, was to create a Brisbane retail landmark. Throughout the design and construction delivery phase of the project, we worked tirelessly with all members of the design team to realise this vision, delivering a building that exceeded the client’s expectations.

DMA Engineers were engaged to provide mechanical, electrical, fire and vertical transportation services for the complete delivery of the project from preliminary concept design in 2002, right through to completion in 2007.

The standout features of Queens Plaza are its large height ceilings and expansive voids linking the main mall levels. This coupled with the fact that the centre was designed to accommodate the construction of a future tower led to a complex structural design. A major  challenge for the services design for the site was simply getting the services to ‘fit’ while working around limited ceiling clearances and extensive and large structural beams.

Our team had to think outside the box on many occasions to implement several innovative combined services designs to minimise the spatial requirements of plant and duct work systems.  As 3D modeling wasn’t an option yet, the most significant contributor to the successful construction of the job was the commitment from all design team members to actively communicate and coordinate with each other.

The design team’s hard work and dedication to creating this Brisbane landmark was formally recognised by the industry at large when Queens Plaza won the prestigious Property Council of Australia Innovation and Excellence Award in 2008. Over a decade has elapsed since the completion of the project, and despite an ever expanding and evolving CBD, Queens Plaza continues to establish itself as one of Brisbane’s iconic centres.

Looking to the future

Some ten years have elapsed since the completion of the original build. In June 2018, QueensPlaza landlord Vicinity Centres announced that they were undertaking a major project to refurbish part of the existing centre, with a focus on revamping the façade on the prominent Edward and Queen streets corner as well as opening up part of the existing level 1 Queen Street façade to create a new elevated balcony bar and drive customer foot traffic to level 1.

DMA Engineers were proud to be involved in the delivery of this new project. You can read more about it here. 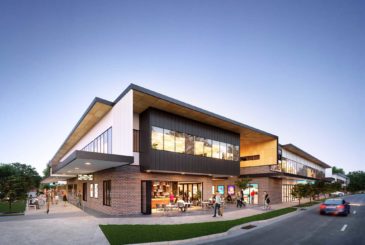 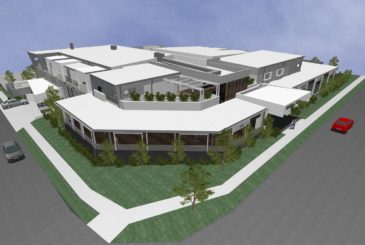